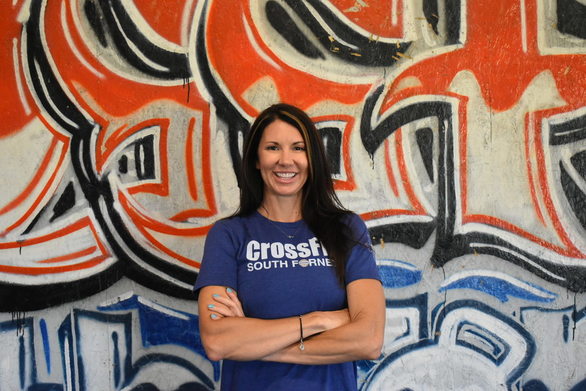 Brandy Adrian - Head Coach/owner
​CrossFit Level 2
CrossFit Level 1
CrossFit Kids
CrossFit Olympic Lifting
CrossFit Mobility
CrossFit Kettle Bell
Brandy is the Head Coach/Owner of CrossFit South Forney. She is a CrossFit Level 2 Trainer and has been active in CrossFit since 2011. Prior to finding CrossFit, she had been dedicated to personal fitness for almost 20 years in the “Traditional Gym” setting. Brandy says, “From the moment I started CrossFit I was hooked! I am humbled each and every day. The high-intensity, constantly varied workouts have produced changes in me that I never thought possible. I am in better shape today than at any point in my life. CrossFit has made me stronger both mentally and physically. Sharing CrossFit and seeing the excitement our members get from achieving their goals is a feeling that I can’t describe. CrossFit is my passion and I am inspired, daily, by all the amazing people I get to coach at CrossFit South Forney.”

In addition to being the Head Coach/Owner at CSF, Brandy is the proud mother of a 12 year old daughter, an integral part of her husband’s electrical business, and a Registered Nurse (on baby retirement :).

Brandy’s fitness philosophy is simple: Give CrossFit 3 months…What it gives YOU will last a lifetime! 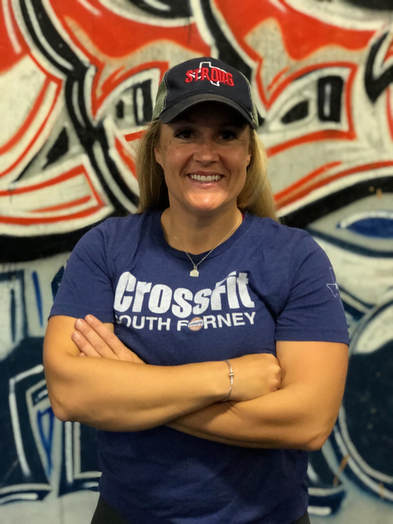 Jayme "J-Bone" Pemberton
CrossFit Level 2
CrossFit Level 1
Jayme Pemberton is a CrossFit Level 2 Trainer and a veteran of the CrossFit community. She is a life-long athlete and has both studied and participated in various exercise science programs, but not until CrossFit did she find what she calls the “Pinnacle of fitness programs”. She is a master motivator and takes pride in helping each of her students reach their full potential on a daily basis.

In addition to being a CrossFit coach, Jayme has been a registered nurse at Children’s Medical Center of Dallas for 10 years where she currently works on the critical care pediatric/neonatal transport team.  Jayme’s passion for helping kids and their families is what drives her. Her professional certifications include National Registered Paramedic, Basic Life Support, Advance Cardiac Life Support, Pediatric Life Support, and Neonatal Resuscitation.

Jayme is proud to have been a 4-year member of the women’s soccer team at Dallas Baptist University and currently enjoys rodeo and team roping in her spare time. 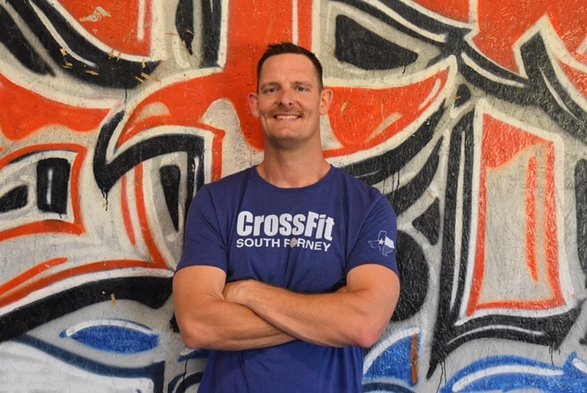 Russell "DangeRuss" Bannister
CrossFit Level 2
​Crossfit Level 1
Russell has a BS in Health & Fitness Management from Midwestern State University. In addition to being a CrossFit Level 2 Trainer, he is also a Firefighter and EMT-1. Fitness, competition, and a passion for helping others have always been a huge part of his life. Russell was born and raised here in Forney where he grew up playing sports, hauling hay, hunting and fishing. Russell earned a scholarship to play football and graduated in 2003 from Midwestern State University. In 2006 he became a Firefighter for the City of Forney and in 2009 found himself in search of a challenging fitness program to help get in better shape, as well as benefit his career. Russell will tell you that CrossFit was the golden ticket for reaching his goals. Having an active background with college football and a love of competition he then began competing in the Firefighter Combat Challenge. Over the past 9 years of competing in the Challenge, Russell has been able to experience  the results of CrossFit, first hand. When he is not at the station or the gym Russell loves spending time with his awesome wife Joni and their two beautiful daughters, Sadie and Rylie. 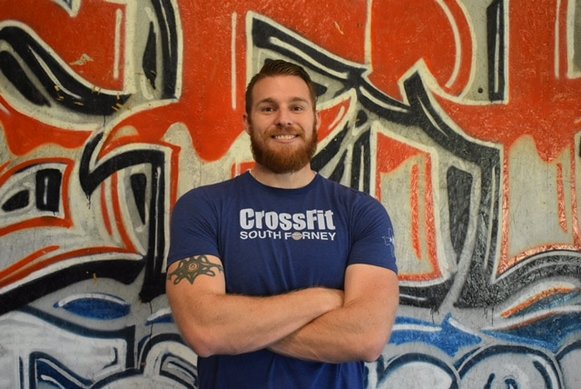 James Farrelly
​  CrossFit Level 2
CrossFit Level 1
Cooper Institute
Personal Trainer
Law Enforcement Fitness Specialist
James Farrelly is a CrossFit Level 2 Trainer and has been a proud member of CSF Since 2015. Prior to joining CSF, James was a CrossFit Coach at CrossFit Paris Texas for two years. James has been involved  with strength and conditioning since playing football in high school.  He earned a football scholarship and started as an offensive lineman at New Mexico State University where he earned all-conference honors. After graduating, James was an intern for the New Mexico State University Football program and later became an assistant Strength and Conditioning Coach.  In 2009 James became a Texas State Trooper and is currently a Special Agent with the Texas Department of Public Safety. James says, “ I got bored of doing the typical cardio and weights at a local global gym and was introduced to CrossFit in 2013. Since my very first CrossFit class, I realized that the idea of doing constantly varied functional movements performed at high intensity will improve my overall fitness and health.”  When James is not at the gym or chasing bad guys, he loves to spend time with his beautiful wife Carly and three awesome children 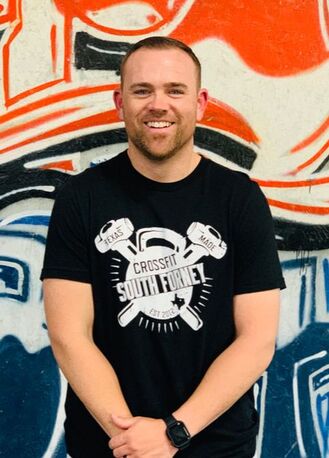 Lloyd "Bear" Ashcraft
CrossFit Level 1
​
Lloyd has a BA in History and a Master’s in Education from The University of Texas at Tyler.  He is a CrossFit Level 1 Trainer and has been a part of the CrossFit community since 2014.  Lloyd began competing in sports at the age of 4 and continued through high school, playing football, basketball, and baseball.  Once that form of competition ended, Lloyd turned to fitness to fill that void.  He did not find what he was looking for until he tried his first CrossFit class in 2014.  Since that day he has not looked back, losing 60 pounds and achieving his fitness goals.  “CrossFit challenges you every day regardless of your fitness and ability levels.  I am extremely competitive and love the constant push and motivation from the other athletes at the box.  The sense of community is like nothing else I have experienced.”  When Lloyd is not at the box, he is busy with his job as an Elementary Principal in Forney ISD.  He also loves spending time with his amazing wife Bonnie, who he met at CSF.  They also have 4 kids who keep them busy as well. 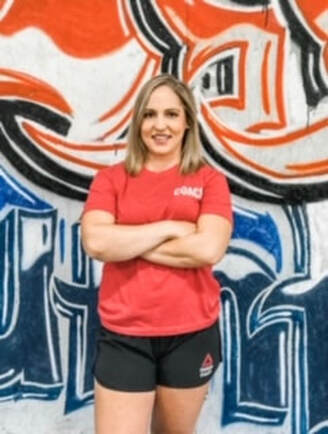 Bonnie "BASH" Ashcraft
CrossFit Level 1
Bonnie Ashcraft is a CrossFit Level 1 Trainer who has been a part of the CrossFit community since 2014. She was a high school athlete who played volleyball, tennis & ran track. She still loves to play volleyball in competitive leagues around the area. Prior to finding CrossFit, Bonnie has always tried to stay active and did different boot camps & classes at local gyms. She loved group fitness but wanted something more. Bonnie finally asked a friend, “What is CrossFit?” She went to try a free class and knew it was exactly what she had been looking for. Bonnie signed up that day and has not stopped since.
“Not one time have I ever had to force myself to go workout. The people & our coaches at CrossFit South Forney make it something that I look forward to every morning as a part of my daily routine.”
“What I love about CrossFit is that it can be modified & scaled to any skill level.” Bonnie was able to continue her CrossFit workouts throughout her entire pregnancy in 2017. She also loves how the CrossFit movements translate into everyday life. She is in better shape now than she ever has been and lives a much healthier lifestyle due to CrossFit.
“I love helping others achieve their fitness goals. It’s so fulfilling to be able to witness our athletes push beyond what they ever knew they were capable of and seeing their excitement when they do something they never thought they could.” Bonnie loves how CrossFit workouts are programmed for you each day. “All you have to do is show up and we will take it from there!”
Bonnie also runs Mama’s Daughters’ Diner in Downtown Forney. She met her husband Lloyd at CSF and CrossFit is such a huge part of their life together. Their kids share the same excitement for CrossFit that they do. When they are not working or working out they enjoy spending time with their 4 kids. 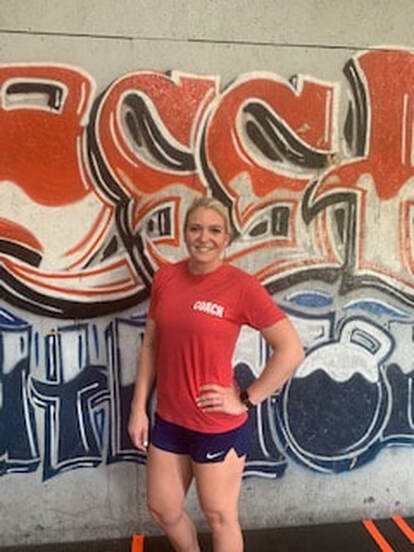 Gina "G$" Ray
CrossFit Level 1
Gina has been a member of CSF since November 2014.  She had worked out at traditional gyms for years but longed for a competitive push.  CrossFit not only prepares you, in both mind and body for anything life throws your way, but also provides the community and support that help you stay on track. "I have never felt stronger or more driven to improve myself."